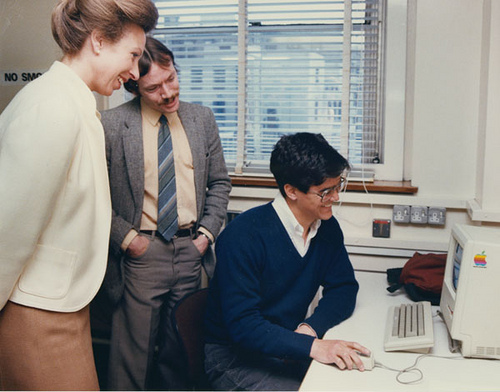 Last week, a particle strongly resembling the Higgs boson was finally discovered using the Large Hadron Collider (LHC), located between France and Switzerland. You might have seen it in the newspaper or heard something about it on a newscast, but shortly after, you moved on.

This same scenario can play out on your blog or website. People might visit your page, but within seconds, they’ve moved on. The trouble is that you’re not presenting your audience with the information needed to make them care about what you’re offering. It’s also possible that the information is not clear, so simplicity and clarity are key.

Let’s look at the Higgs boson particle example one more time. Some people might have heard about it, but they’re simply not interested in learning more about it. This will be our first point.

1. You Can’t Win Them All (But You Can Try)
When it comes to your website, these people are the equivalent of those visitors who stumble on to your page, but ultimately are not your target audience. That doesn’t mean you should automatically discard them as persona non grata. On the contrary, you should make every effort to engage them in a way that makes them glad to have found your little corner on the internet.

They could end up not being interested in what you’re offering after all, but if you make your content memorable, it’s possible that they will mention your site to friends and help you gain new followers in this manner. The key is to make your content easy for a layman to understand, but at the same time remain engaging for those who are more experienced in the subject. Which bring us to our next point…

2. Engage! Take Control of Your Content
You website is chock-full of information and you’re quite proud of it, but for some reason not a lot of visitors take the time to stick around to read what you have to say (or purchase any of the different products you’re promoting). You think to yourself: “they obviously don’t know a good thing when they see it!”

That may very well be the case, but it’s also possible that your content – as incredible as it is – is poorly presented. The information is simply not engaging enough for them to want to read further. Focus your writing in a way that makes your audience want to read (and understand) the content you’re providing. Once you can do that, you’ll be able to turn them into a regular visitor on your website and ultimately, a loyal follower. This is where we jump to our third point…

3. You Have Their Attention – Now What?
If I told you that finding and understanding the properties of the Higgs boson particle would make it possible for scientists to know how mass is achieved when compared to the Standard Model, which are the elementary particles needed to make up everything we see in the universe, you’d probably have stopped listening at “Higgs boson.”

What you have to do: not only provide your audience with clear and engaging information, but also explain to them why they should care about the products you’re promoting and how they can benefit from these products. For instance: “Higgs boson proves your mass exists – explore inexpensive dieting options here!”

Once you can achieve that, you’ll have their attention and eventually, build a base following that will come to you for advice, information, insider tips, and products. All this because of your reliable and clear content.

The discovery of the Higgs boson particle might have been giant news, but it wasn’t because the scientific community failed to explain to the everyday citizen the magnitude of this finding. Now, only only people who are genuinely interested will look deeper into this new discovery and understand its benefits. If you follow in their footsteps when it comes to managing your website, it may very well meet the same fate: only those who know about your site will stay, while others simply will steer clear – much like neutrons do electrons.