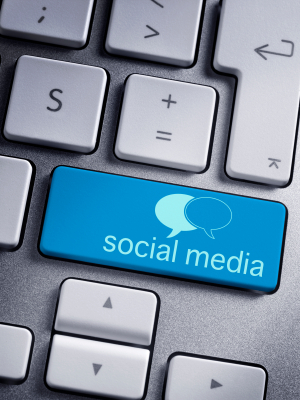 The near-complete integration of social media into the lives of many consumers has made keeping these digitally-connected customers satisfied a full-time job for businesses. Whereas word of mouth would have spread a good (or bad) experience to only a handful of people in the past year (roughly 15 to 24 others, respectively according to American Express), social media savvy consumers can now reach thousands of people in seconds. In a few pictures or a mere 140 characters or less, a bad customer experience can spread like virtual wildfire on the internet and leave an unsuspecting company’s reputation in ashes.

The latest American Express Global Customer Service Barometer examined some of those connections between social media and consumer spending, in addition to the general level of dissatisfaction of customers in the U.S and 10 other countries worldwide.

(Less Than) 60% of the Time, it Works Every Time
American Express found that 17% of customers have used social media in the last year to get a direct service response from businesses. This same customer group has been found to be both vocal and extremely loyal to businesses who exceed their expectations- making their satisfaction an even bigger priority from a marketing standpoint considering how many individuals they reach on a regular basis.

Initially underwhelmed with that statistic, I recalled a recent incident from my own morning routine, involving an unprofessional wait staff. Disgusted, I took to social media to express my disdain, only to find the restaurant chain had spent the morning apologizing to customers for far more unappealing instances of poor customer service. I promptly walked out, and to this day refuse them my business.

For myself and millions of other daily devotees of social media, if we’re displeased with an experience we won’t just let our friends know, we’ll let the world know- and the world is listening.

Surviving a Teenage Wasteland
My intentions are not to bemoan the population of high school and college students (and sadly enough in our economy- college graduates) who make a living in the service and retail industries. Customers expect quite a bit of value for their dollar, and flock to social media if there is any deviance from their ideal experience.

As expressed by the American Express Global Customer Service Barometer, the “Social Top 5” activities for these American consumers are:

One can infer from those statistics that the average social media user not only affects the branding of a company by positively and negatively influencing the potential spending patterns of peers, but actively seeks out responses from both companies and other consumers to have a better experience. A sale can be made or lost nowadays before a consumer even looks up from their smartphone.

Interestingly enough, the biggest service gripe American consumers have is one of the easiest to address- rudeness. 33% of consumers polled cited an insensitive or unresponsive customer service representative as the most likely irritant to cause them to switch brands.

Reaching the Youth of a Nation
American Express has made efforts to better their company’s standing with the youthful social media-savvy sect of society through a series of apps, marketing campaigns, and live events.

Last March during the SXSW interactive media festival in Austin, American Express held a free concert featuring hip-hop icon and business mogul Jay-Z to promote their new Sync feature on Twitter. During the concert, fans were able to request songs via Twitter and unlock a giant digital poster, all the while spreading awareness of the American Express Sync campaign.

Avoiding a Social Media Maelstrom
Live events of that caliber, in conjunction with the couponless hashtag discounts provided by the American Express Sync program, go a long ways in appealing to young consumers usually drowning in the traditional marketing rhetoric their parents were conditioned to respond to.

By only being subtly subversive in their actions, American Express was able to get their point across without becoming a social media punchline. McDonald’s made an attempt at a promoted social media campaign earlier this January on Twitter, that was, until it became an open invitation for horror stories from unsatisfied customers and disgruntled former employees.

In less than two hours, the company’s #McDStories hashtag was hijacked by detractors and made into a bashtag– a negative trending result of a social media marketing campaign gone awry. Needless to say, McDonald’s wasn’t loving it. Thanks to the Golden Arches’ blind foray into public opinion, global corporations now have a perfect example of what not to do when attempting to reach an audience through social media. No one wants another #McDStories on their hands.

In Sync with Social Media Success
Through careful examination of their own Global Customer Service Barometer, American Express was able to create a stronger brand image with the help of influential social media members and a few key events. Their increase in positive awareness seemed second nature, considering all that American Express continues to do is revert back to the old adage that still rings true- give the people what they want.