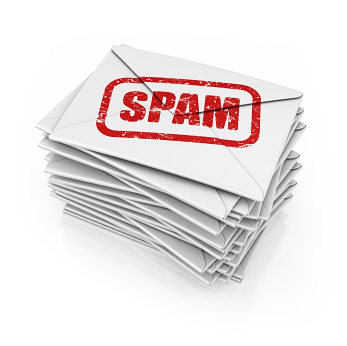 In 1994, commercialization of the world wide web started with a then astounding 10,000 websites. Shopping malls and banks began to “come online,” and now you could even order your pizza over the internet. Those were simpler times then, when aggressive advertising hadn’t quite yet taken off. Fast forward almost 20 years and it’s a completely different story.

Globally, we are bombarded at a rate of 14.5 billion messages a day! It’s no wonder that the general feeling toward spam is resoundingly negative. It is because of this incredibly high number of unsolicited messages that all states have adopted some type of “anti-spam law,” though this hasn’t stopped individuals and companies from getting creative with the way they distribute spam messages. In order to curb this relentless stream of unwanted messages the state of California has instituted one of the strictest anti-spam laws in the Nation.

Part of this mandate includes California Code Section 17529.5(a)(2) which states that:

“It is unlawful for any person or entity to advertise in a commercial e-mail advertisement either sent from California or sent to a California electronic mail address if it contains or is accompanied by falsified, misrepresented, or forged header information.”

In essence, what this means is that the message sender must be clearly identified in the message’s header face or be readily traceable to the sender and failing to fulfill these actions would constitute misrepresentation and it is a violation of California’s Anti-Spam Act. If you’re a business owner or use e-mail marketing in any sort of way, this is especially important for you.

Dan Balsam is a lawyer and anti-spam activist who brought up charges against Trancos, Inc. for targeting him with numerous unsolicited e-mails. Balsam claimed the e-mails did not clearly identify Trancos as the original sender in the messages’ headers. Trancos had registered various domain names (misstepoutcome.com, modalworship.com, moussetogether.com, mucousmarquise.com) and through a deal with Hi-Speed Media was able to manage several e-mail lists which allowed him to transmit the e-mails in question. Trancos appealed the case arguing that his e-mails did not violate California’s statue and that Balsam’s claims had been preempted by CAN-SPAM. In the end, Balsam won the case and was awarded a total of $7,000 in liquidated damages and $81,900 in attorney’s fees.

Anti-spam laws can be tricky and riddled with language that could stump Shakespeare himself, but that doesn’t mean you can or should ignore them.  Doing so may land you in very hot water, so before sending any marketing or advertising material via e-mail first be sure to mind your Ps and Qs, and get well-acquainted with your state’s anti-spam laws, lest Mr. Balsam pay you a visit.