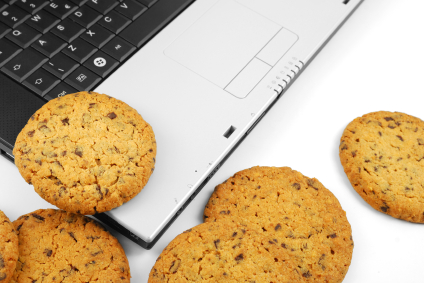 The internet has been a threat to brick-and-mortar retailers for years, offering products without having to cover pesky overhead costs and drawing away those ever-elusive customers. These sales practices, whether intentional or not, have essentially been undercutting stores that were once the bastion of frivolous weekend spending binges.

House Bill 386, passed in the State of Georgia just last month on March 20th and nicknamed the “Amazon tax,” seeks to fill the gap in the final sale price for products between internet retailers and tangible storefronts. The “Amazon tax” could tack on an extra $30 million a year for Georgians in sales tax for online retailers including Amazon.com, which once held a minimum 8% price advantage. How are physical stores affected by the bill, and could this be the swan song for numerous internet retailers’ affiliates in the state?

Local Retail Outlet Love
While some mega corporations may have been able to withstand the salvo of internet sales (albeit temporarily), the storefronts that are perceivably affected the most by the loss in sales are local mom-and-pop shops already under the gun. Those business owners already feel the opposition of their competitions’ nationally televised marketing campaigns, but having crumbs taken out of their hand by hipsters with price comparison apps on their smartphones could be permanently crippling for profits.

Writing’s On the Wall
Forecasting the demise of large retail operations, primarily home electronic purveyors, has almost become cliché. As alluded to previously and reported by numerous respectable media outlets, remaining retailers should be thriving as surrounding competition continues to shut down but face an even greater threat themselves. Some of the very technology they peddle is one of the keys to their demise, ironically, as any number of mobile apps can be used to comparison shop for better deals. Combined with often uninformed sales associates and a limited on-hand inventory, that price difference will drive more people out the door in favor of saving a few bucks.

If local shops and big box stores alike are feeling the strain of internet retailers, then leveling the playing field will retain if not bring more jobs to the state, right?

Taking Their Ball and Going Home
A Geno Prussakov econsultancy.com article a few weeks ago brought up a few good points on the matter, taking other states into account when trying to gauge how Georgia would react to the bill:

“It was also pointed out that the tax “would produce $81 million in state and local revenue over three years”and” bring Georgia new jobs”. Alas! Experience in other states shows quite the contrary… As my numerous posts on this topic exemplify, the sadly already-customary sequence is quite the opposite:
(I) affiliates get terminated by online retailers who do not want to collect the tax (read: job loss),
(ii) and instead of collecting additional revenue, states actually reap a loss of tax revenue (in unpaid state income taxes).”

So struggling retailers would make just enough money to limp by as technology continues to make them obsolete, and numerous affiliates could lose their job as companies leave the state for greener pastures (see: lower taxed states)? Doesn’t sound like a particularly fair matter for any parties involved no matter where they stand.

What this means for the future of affiliate marketing is not yet completely clear, but as similar bills pass around the country the very landscape of our industry will be reshaped as e-fairness is determined… for a select few Whether we get crushed along with big boxes, though, remains to be seen.