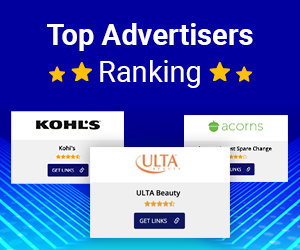 Advertiser rank is the order in which FlexOffers has listed your program based on factors that denote efficacy and overall quality. In the past, an advertiser’s position within our network was determined by items such as revenue and EPC. Now, we’ve incorporated a rubric containing various data points that calculate a score between 1 and 100. The sum of each data point allows advertisers to realize a composite score of up to 1,000 points. Advertisers who earn a cumulative score of 900 or greater will subsequently receive a fantabulous five-star ranking in our network.

Our advertiser ranking system is comprised of a complex cluster of algorithms. In developing our newfound proprietary formula, we came to understand the importance of identifying factors that influence the algorithm’s behavior. While many networks operate under the premise that sales revenue is king, there are plenty of other elements to consider. Several attributes influence total advertiser ranking such as on-time payments, order conversion rate, clickthrough rate, and many other service-related performance markers. Though your competitors may potentially earn more revenue, your program could still achieve a higher ranking in our network by outperforming them in all other qualifying metrics. 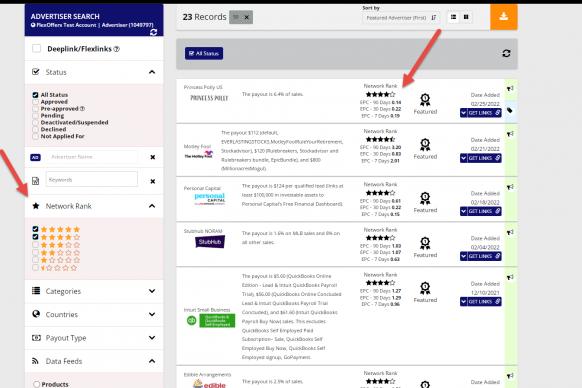 FlexOffers has taken the time to revamp its advertiser ranking model to score each advertiser within the context of the primary category they’re assigned. Whether your program is categorized as apparel, travel, electronics, or other – rest assured it will be measured against similar advertisers in the same category. Depending upon the advertisers’ designated category, some metrics will be weighted more heavily than others. For example, average order volume (A.O.V) would be more important than lead generation for all ecommerce programs contained in our database. Additionally, our advertiser ranking system considers the length of the time your organization has been in existence. That means well-established advertisers that have stood the test of time and challenges inherently associated with their respective industry will presumably earn a higher score. 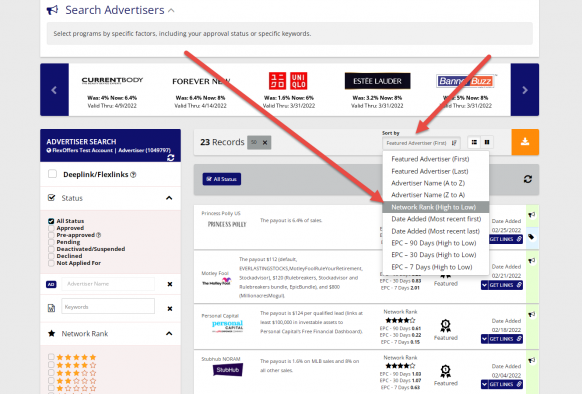 Our advertiser rankings are recalculated every week, which permits advertiser positioning to fluctuate depending on its competition and quality over a specific span of time. For instance, let’s assume five advertisers are competing for the maximum of a five-star ranking in a given category, and the score for each of the advertisers is 1,000, 900, 700, 500, and 300. If the minimum score needed to earn five stars is indeed 900, only the first two advertisers with scores of 1,000 and 900 would satisfy all requirements for a five-star designation in our network. 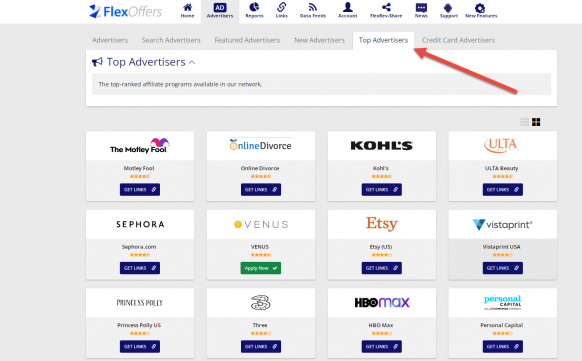 Come again next month for updated advertiser rankings of the highest performing advertisers in the FlexOffers network.