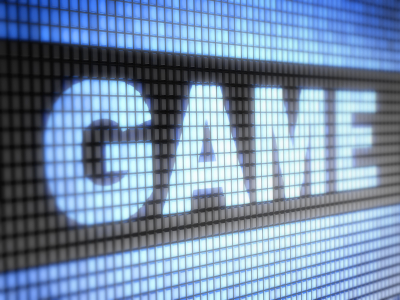 If you grew up playing video games, you know the radical change “gaming” has experienced in the last 20 years. One very notable change has happened in the past few years: video game companies now release new, downloadable content for gamers to purchase online.

Gamers pay for this new, sought-after content through their credit card, which is often linked to their in-game persona, or “avatar.” These avatars can be customized in any way the user wishes. Hair length, color, and style can be switched at any time, but if the user decides that s/he wants the avatar to sport his favorite basketball team’s latest gear, he will have to pay for those extras.

Redefining The Gaming Experience
The days where gamers went to their local retailer to purchase the latest first-person shooter or adventure video game are almost gone. While this might seem to spell trouble for specialized, brick-and-mortar gaming retailers, this opens up many new opportunities for affiliate marketers – to promote video game sales, both on and offline.

Credit card offers, video game specials, as well as in-store and in-game coupons are available for promoters to push to their site traffic. There’s another reason that video game companies themselves are pushing the new online-only model as well: without having to worry about physical media, production costs will drop. This creates a golden opportunity for publishers to market downloadable media, hopefully bringing in a new wave of video game marketing.

Talking With the Giants of the Video Game Industry
Nintendo CEO Satoru Iwata made an announcement during his Electronic Entertainment Expo – better known as E3 – investor briefing, saying that:

“With respect to the Wii U system, when we began working on it, one of our goals was to have a variety of purchase options and additional e-commerce options available at its launch. And because of that, we have prepared a Digital Rights Management system. We have designed the system from a technical standpoint to allow developers to freely take advantage of things like free-to-play and micro-transactions.”

It’s not difficult to see that this is where the video game industry is headed. Even casual gamers are greeted with new, downloadable avatar extras and advertisements designed to entice them to purchase highly-addictive mini-games when they log into their gaming accounts.

Electronic Arts COO, Peter Moore, believes that within the next five to ten years, a majority of games will be available for gamers to play … free of charge. So how will companies like EA make their money?

These future-forward industry insiders are hoping that when users want in-game extras like weapons, clothing or even a home, they’ll pay for it – using the credit card registered to their account. In an interview conducted by Kotaku’s Stephen Totilo, Moore stated the following:

“I think, ultimately, those micro transactions will be in every game, but the game itself or the access to the game will be free. I think there’s an inevitability that happens five years from now, 10 years from now, that, let’s call it the client, to use the term, [is free.] It is no different than… it’s free to me to walk into The Gap in my local shopping mall. They don’t charge me to walk in there. I can walk into The Gap, enjoy the music, look at the jeans and what have you, but if I want to buy something I have to pay for it.”

Unlocking New Opportunities
This new way of conducting business online gives the video game industry new avenues of both revenue AND advertising to explore. The affiliate marketing community can and will take part in this revolution as well.

As gamers come into their own (and stop depending on their parents for economic support) and video game developers target the entire family with games like Wii Sports and Rock Band, the opportunities for online sales growth are monumental.

The rise of family-oriented video games and so-called “micro games” mean that there is an opportunity to market video game related programs and services to your site audience, even if you do not traditionally target gamers or care much about the “gaming” industry as a whole. Want to chime in? Leave your comments below.