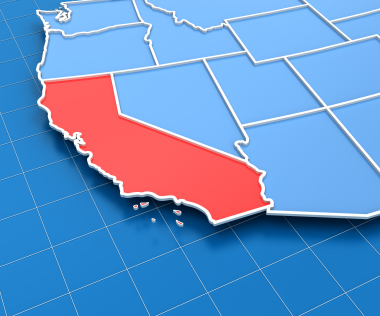 2011 was a rough time for California-based affiliates as thousands lost their jobs after bill ABX1-28, the “Amazon tax,” was signed into law in July. Supporters of the bill expect it to bring in more than $200 million to the state in taxes collected by online retailers. The Amazon compromise bill AB 155 was signed into law just a few months later in September, which suspended the tax collection for a year and brought back many of those jobs that were struck down.

Time is winding down for supporters of Amazon.com and other online retailers as September 2012 approaches and the tax reprieve is lifted, making this summer even hotter for online business owners and employees who will be forced back to square one. What does this mean for the physical stores affected by online retail outlets, and what kind of effect could it have on the landscape of our industry?

Local Debate in the Golden State

It’s not too difficult to see why mom and pop shops and local politicians are in support of the “Amazon tax.” It essentially levels the playing field between struggling brick-and-mortar shops and the online monoliths, whose selection and convenience were also beneficially bolstered by the difference in price from simple sales taxes. The “Amazon tax” reduces the competitive disadvantages that can be the death knell of local businesses, and lawmakers have come on their election-year high horses to support their voting constituents.

It’s only fair that those 10,000 new full time jobs and 25,000 seasonal workers – who are supposed to be hired by the end of 2015 according to Amazon reps – be entitled to their jobs as well in our detrimental economy. Larger stores at least are holding up just fine against their online competitors, right?

ABX1-28 and other similar “Amazon tax” laws strive to bring back some semblance of credibility to both local and big-box stores who have felt the pressure of virtual online storefronts. These tangible retail outlets have to pay overhead maintenance costs for their establishments and collect sales taxes, both of which are reflected on the marked up prices of their inventory.

The prevalence of smartphones among the public makes comparison shopping even easier than before, arming even the most gullible consumers with instant access to dozens of evenly and lower priced versions of the same product available online. Physical stores have essentially become showrooms for virtual retailers. That is the digital dagger that has been stuck in the sides of businesses, forcing them to side with changes in the very laws that govern commerce before their stores become an afterthought.

The state of California and their locally-based businesses are not the first, and surely wont be the last affected by an “Amazon tax,” and permanent damage may have already been done. Affiliates for companies like Amazon and O.co have been affected in various states around the country, but the struggle between online retailers and physical shops won’t be close to settling down until a federal solution has been reached that will either repeal these impositions or make them a standard by which everyone will have to adapt.

The political mire that lawmakers will have to wade through in this election year make the passing of even the most trifling laws a troublesome affair, but a decision needs to be made soon. Thousands of affiliate marketing jobs are potentially leering at the chopping block in California come September unless action is taken, and similar situations could be in the future for affiliates all over the country. Amazon’s promise of permanent jobs and new distribution centers across the state might be enough to keep Californians happy for now, but not all companies have the resources to make such promises to their employees.

I’d suggest employees in trouble apply for a position at a local retailer where they would possess invaluable experience with the products they’d be peddling, but there’s no guarantee those stores will even exist a few years from now.