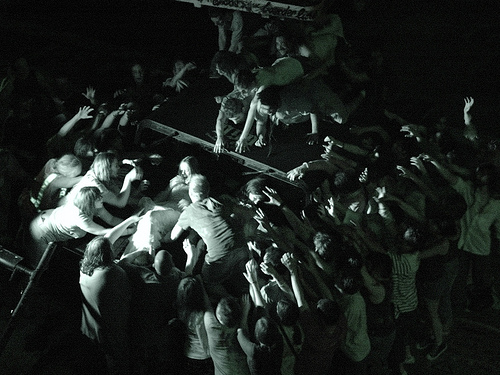 Joblessness is rampant. Retail sales are down for the third consecutive month. People aren’t just not buying new homes on the market, landslide real estate prices are forcing some to practically abandon their own in hopes of retaining a fraction of their investment value. The combination of these problems and slow recovery plague our nation, leading it into a state that some refer to as a “Zombie economy.” As an affiliate marketer, you are actually at an advantage in a Zombie economy, as your audience can greatly benefit from a credit card to help them in their state of survival.

Some may consider cash to be king, but paper funds tend to be easily expendable in the hands of an irresponsible consumer. A credit card, one can argue, is just as easily prone to improper spending in the wrong hands, but there are advantages to carrying around plastic if properly managed.

Building a Financial Survival Kit
When it comes to credit cards, flexibility is the key to success. Promoting one of the many credit cards available from a large issuer is a given for better chance of acceptance, but to drive their appeal home to consumers, you really need to emphasize their marketable benefits, such as Rewards Points, Miles, Cash Back, Sign-up Bonuses, and low APRs.

Rewards points are an important incentive due to the ease of earning and redeeming them. If you own a niche website, try promoting a credit card that earns points on related purchases. The card would be even better for your web traffic still if the points earned can then be redeemed for products directly related to your content, or at the very least provided cash back or gift cards that could be used in kind. If you introduce cardholders into cyclical purchasing patterns in which they aren’t getting nickel and dimed in the form of fees, you can find yourself benefiting soon as well.

Comforting Security Features
Consumers who are weary of using credit cards could also be hesitant for security reasons, a common concern no matter what the state of the economy. Many credit cards offer features like zero liability and account alerts for suspicious or fraudulent charges, which can provide the peace of mind cardholders seek. To provide extra assurance, emphasize credit cards that feature 24/7 account access and comprehensive (i.e. competent) customer support. In a troubling time, talking to a helpful customer representative live or an automated service center voice mail can be the difference between unwavering loyalty and relentless suffering.

Though a Zombie economy has yet to fully descend upon the nation, our struggling economy has left many consumers in an ailing state akin to extras in classic George A. Romero cinema fare. By promoting credit cards on your website with benefits and features that perpetuate smart spending and provide comforting security features, those who have survived so far only need to be reassured they’re making a wise financial decision. After answering all of those concerns for your audience, only one question remains:

*Featured image via Adobe of Chaos on flickr.com.